Home » Blog » Apple says you can’t switch the default music app in iOS 14.5 after all
Blog

Apple says you can’t switch the default music app in iOS 14.5 after all

The more we dig into iOS 14.5, the more excited we are about it, with the latest build bringing a new “Items” tab in Find My that suggests AirTags may finally make their debut. But unfortunately, one of the most exciting hidden features isn’t actually a feature at all.

Back when the public beta of iOS 14.5 landed, some users on Reddit seemingly uncovered a cool new feature: When they asked Siri to play a song with Apple Music uninstalled, they were prompted to choose a service from a list of available apps, including Spotify, Pandora, and other third-party services. On the next request, Siri would remember the choice and start playing through the same service. 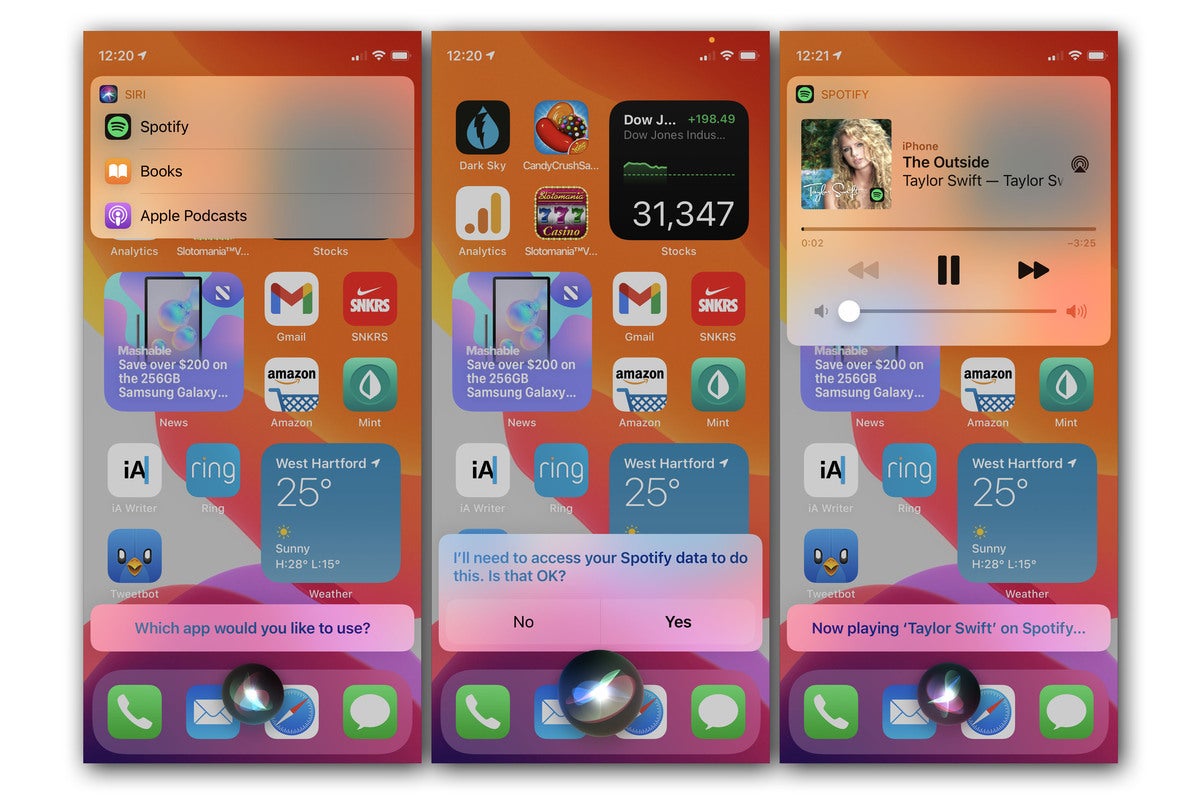 In the iOS 14.5 beta, Siri curiously asks what music service you’d like to use.

The feature was hit or miss, but it seemed to indicate that Apple would be opening up Siri to directly support third-party services and maybe adding a new default for the iPhone alongside mail and browser apps. Apparently, that won’t be the case. In a statement to TechCrunch, Apple says the new feature isn’t meant to set a new default, but rather help Siri better learn your habits.

“Apple also points out there’s no specific setting in iOS where users can configure a ‘default’ music service, the way there is with email and browser apps,” TechCrunch states. “…More broadly, the feature is an attempt to help Siri to learn the listening apps you want to use for different types of audio content—not just music. Perhaps you want to use Spotify to listen to music, but prefer to keep up with your podcasts in Apple Podcasts or some other third-party podcasts app. And you may want to listen to audiobooks in yet another app.”

So, while there won’t be a simple tab to select a default service, it sounds like Apple is training Siri to learn by example. It might take a while—in fact, Apple specifically told TechCrunch that Siri “may ask you again at some point”— but it’s definitely a sign that Apple is loosening its grip on what apps Siri can directly control. Over time, Siri might be able to specifically learn what apps we like to use (Spotify for music, Audible for books, Overcast for Podcasts, etc.) and use those apps without being explicitly told to do so. And that might eventually be better than specifically choosing a default.

The iPad Pro doesn't need an M1 processor... or does it?