Home » Blog » Apple is a leader in privacy, but there’s still work to be done with the App Store, email, and more
Blog

For years now, Apple has trumpeted its commitment to the privacy of its customers. Unlike most of its competitors, Apple’s business model (primarily selling products and services, not advertising) allows it to succeed without relying on collecting personal information from its customers. It’s a big advantage, and Apple knows it.

But when I look at Apple’s product strategy, I’m surprised at all the ways that the company has failed to take advantage of its unique position. From operating-system features to new services, the company should double down on privacy—and widen the lead it has over its competitors.

Get aggressive in other Apple apps

Apple has done a pretty good job of managing privacy inside Safari. Using the web leaks information in some fundamental ways, but Apple has done a lot to reduce the amount of tracking and profiling that can be done when you’re using Safari. And of course, Apple’s new tracking policies have made Facebook very, very angry.

But the company can do more. Last week, Daring Fireball’s John Gruber pointed out the privacy issues in Mail. Messages can have embedded trackers in the form of invisible images, and by default Apple Mail loads those images.

Yes, you can turn off the automatic loading of images—but that means that most email messages you get look broken. Apple gives you a way to load images with a single tap—but then all of the images get loaded. And you can’t set messages from people and services you trust to automatically load all images, so you have to do it every time.

Apple could do so much better. At the very least, it should be more active in blocking invisible tracking images from loading at all. But since even a legitimate image can be used as a tracker, it might be worth considering a proxy system that allows Mail to load remote images via an Apple server, concealing your identity. For now, there are third-party solutions to turn to.

In recent weeks, developer Kosta Eleftheriou has been a one-man “bunco squad”, exposing fraudulent iOS apps with ridiculous subscription policies, pornographic apps targeted at kids, and endless streams of phony App Store reviews. This isn’t news. Developers have been reporting about the endless stream of scams on the App Store for years.

I get that patrolling something as huge as the App Store is a difficult task. But whatever Apple is doing, it’s simply not enough. Apple needs to protect all of its customers by making the App Store a safer place, and that means spending more money and hiring more people to remove scammy garbage from the App Store. It’s not worth the hit to Apple’s reputation to have this sort of thing operating in the App Store, even if Apple’s taking a percentage of every scammy sale. 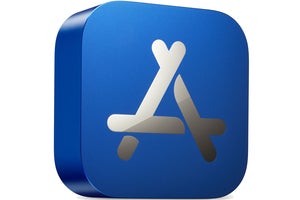 The last few years, Apple has given apps the ability to filter incoming phone calls for spam. I’ve tried some of those services, and they work—to varying degrees. But the right approach is not to force iPhone users to figure out what subscription app will do a good job of blocking bogus calls—it’s for Apple to do this itself. (I will say, this is also the job of phone carriers—and some of them do offer spam-blocking services… for an extra fee. What a racket.)

But let’s extend this further. I’ve been getting an endless stream of text-message spam lately. And Apple offers essentially no tools to filter out those messages. Even blocking numbers is harder than it should be.

Finally… what about adding junk-mail filtering in Mail on iOS? We’ve had it on the Mac for years.

A lot of my suggestions will cost Apple a lot of money to implement. In the case of something like App Store integrity, the company needs to pay up and do the right thing. But since Apple has built an impressive business on selling services to its users, perhaps there’s an opportunity here to increase privacy by providing a subscription service.

A year ago, while writing about Apple’s (still) adrift smart-home strategy, I suggested that Apple could make a router with a built-in VPN. If you don’t know what a VPN is, it’s essentially a secure tunnel that encrypts all your internet traffic, obscuring your address and making it harder for people to track you.

Privacy as a service? Apple could make it happen.

But who needs a router? macOS and iOS already support VPNs. Apple could build its own preferred VPN, and make it a preferred, easy-to-use choice—like Apple Card is within Apple Pay. Running a VPN for every Apple device in existence would cost a fortune, and I’m sure Apple would be loath to do it—but what if was connected to a new privacy-focused Apple service? The company could include a VPN and some of the other features I’ve mentioned here—proxying image loading in email, spam call and spam voicemail filtering—and ones I haven’t even mentioned into a simple, easy to enable service that would maximize security across all your Apple devices, no matter where you are, no matter what app you’re using.

If there’s any big tech company that could get away with selling privacy as a service, it’s Apple.

Don’t buy a new Apple TV. Get a Chromecast with Google TV instead

Apple AirTags rumors: iOS 14.5 can track 'Items' in the Find My app