Every so often, I’ll get an email from a fellow cord-cutter who’s worried about future-proofing for ATSC 3.0.

From what I’ve heard, though, not much has changed since last year, when I wrote that most people shouldn’t be seeking out ATSC 3.0 hardware yet. While more stations are broadcasting in ATSC 3.0 than a year ago, the vast majority are still in an experimental phase, and major TV networks haven’t yet committed to features such as 4K and on-demand video. Compatible hardware also remains expensive and scarce, and even Dave Arland, a spokesman for the ATSC standards body, acknowledged via email that it’s “very early days” for the standard.

Some NextGen TV hardware options do exist today, and we’ll likely see some more later this year. Still, I would advise against blowing your budget on ATSC 3.0 gear right now, or delaying your cord-cutting plans just for the sake of future-proofing.

The biggest question mark for ATSC 3.0 is at what point broadcasters will adopt key features such as 4K HDR video and Dolby Atmos audio. While more than 90 stations around the United States are broadcasting in the new standard today, Arland said that they’re mostly focused on getting on the air and meeting simulcast requirements. (Per FCC guidelines, broadcasters that launch NextGen TV stations must also air their main channels in ATSC 1.0 until at least February 2023.) A provider in Boise, Idaho called Evoca is offering a 4K channel currently, but only as part of a broader paid service.

Major TV networks such as ABC, CBS, NBC, and Fox could be a complicating factor as well. Even if those networks support ATSC 3.0, none of them have made broad commitments to any particular ATSC 3.0 feature, Arland said. 4K alone can be a major undertaking for networks, which for the most part haven’t been offering the format on cable or streaming services either. (One notable exception is Fox, which has started delivering some sporting events in 4K.)

Bear in mind that ATSC 3.0 isn’t just for antennas. The industry is also pushing for its adoption in cable TV systems, with Arland calling it “essential” for broadcasters. My guess is that we won’t see broad proliferation of NextGen TV features until cable providers like Comcast are on board, and right now they’re just in the testing phase.

In the near term, we could see broadcasters adopt NextGen TV for local content, so you might get perks like on-demand video for weather or news. The standard also supports a dialog-boosting feature called Voice+, which Arland said is simple to implement. You can expect that to be adopted in advance of other features like 4K HDR video.

But if you’re hoping to plug in an antenna and watch local NFL games or primetime shows in 4K HDR, it could be a while before that’s a reality.

Even if you want to future-proof your cord-cutting setup, consumer-facing options are currently quite limited.

On the TV front, Sony is promising 16 new sets this year with NextGen TV support, while LG says all of its new 4K and 8K sets will support NextGen TV in 2021.

The situation is less clear with other vendors. Samsung hasn’t committed to any specifics (though the company said via email that it has more ATSC 3.0 models on the way), and other vendors like TCL didn’t announce any new sets at the big CES trade show last week. Arland said other vendors could launch compatible TVs later this year, but didn’t provide any details. (For now, the NextGen TV website has a list of available sets.)

External set-top boxes might also be an option in lieu of replacing your entire TV, but so far the only consumer-friendly option is SiliconDust’s HDHomeRun Connect 4K, a $200 networked tuner that supports both ATSC 1.0 and ATSC 3.0. Like other HDHomeRun tuners, the 4K model hooks up to an antenna and connects to your Wi-Fi router with an ethernet cable, then streams the video into the HDHomeRun app on various devices. (It can also serve as a DVR with some additional hardware, and is compatible with third-party DVR services, such as Plex and Channels.) At a $50 price premium over the ATSC 1.0 version, it’s a fine way for power users to maintain forward compatibility. 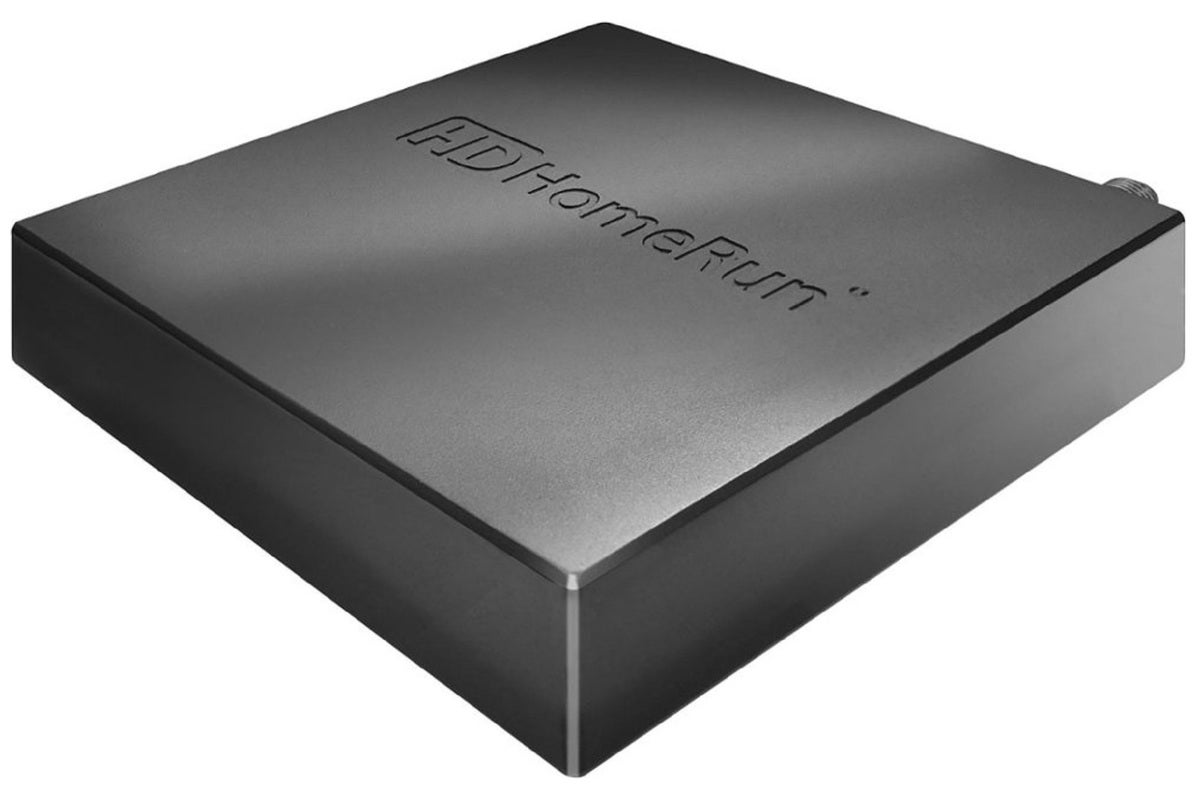 The HDHomeRun Connect 4K became the first ATSC 3.0 tuner for consumers when it launched last fall.

The HDHomeRun Connect 4K was a bit of a surprise when it launched last fall, and SiliconDust CEO Nick Kelsey said last week that a version with built-in DVR is coming in March, similar to the current HDHomeRun Scribe. Still, the company’s moves don’t seem to have pushed other devices to market any faster.

Nuvyyo, makers of the Tablo DVR, is still evaluating hardware and software options, much as it was last year, said Laura Slater, the company’s product marketing manager. “However, we don’t think the standard is mature or widely available enough yet to warrant launching a consumer-level NextGenTV product,” she added.

The other main option on the horizon is Zapperbox, a $250 set-top box that was announced back in May 2020. It’ll be sold directly to consumers in the second quarter of 2021, and will also be licensed to other companies that want to put their own brand name on the hardware. Gopal Miglani, the president and founder of BitRouter, whose software is powering the ZapperBox, says the plan is to add a USB port to the product so it can support DVRs and additional tuners.

The ZapperBox is a $250 ATSC 3.0 converter box coming this spring.

Of course, we can expect more hardware and lower prices over time, we’re still a long way from the days of sub-$50 converter boxes.

Again, it’s worth reiterating that the FCC requires broadcasters to simulcast their channels in both ATSC 1.0 and ATSC 3.0 until at least February 2023. This is achieved through channel-sharing arrangements, where a pair of stations agree to host one another’s feeds through careful collaboration.

Those requirements haven’t changed since last year, and stations can still keep their ATSC 1.0 feeds active for longer than the FCC requires. With 16 million households tuning into over-the-air TV today, it’s hard to imagine a forced hardware migration happening in just a couple of years.

All of which brings me to a conclusion similar to what I offered a year ago: If you’re already planning to buy a high-end TV that happens to support ATSC 3.0, great. And if you’re looking at an HDHomeRun tuner as part of your over-the-air DVR setup, maybe consider spending $50 more on the ATSC 3.0 model.

Otherwise, proceed with your cord-cutting strategy undeterred. You might not even need an antenna in the first place.

Sign up for Jared’s Cord Cutter Weekly newsletter to get this column and other cord-cutting news, insights, and deals delivered to your inbox.

Put emoji, math, and other symbols at your fingertips with a custom Mac software keyboard